Malygos
Posted by Electronicus - December 4th,2008 at 2:59am
When the Titans left this world they charged its keeping to the dragons, so the Aspects were created: Alexstrasza, the Life Binder – Nozdormu, the Timeless one – Ysera, the Dreamer – Malygos, the Spellweaver – and finally Neltharion, the Earth Warder. At the time it must have made sense since dragons were most likely the finest and greatest of the creator creatures, but now with the benefit of Hindsight maybe it was not such a good idea.

First Neltharion proved to be to weak minded to resist the whispering of the Old Gods and created a device which not only stripped his fellow aspects of much of their power but was key in their plans to escape from the prisons that the Titians themselves had place them in, luckly though thanks to the ‘lesser races’ he failed.

Now thousands of years later it seems that Malygos has gone the same way, after recovering for a long bout of insanity the great blue dragon has seen that magic is being used daily by thousands of mages, warlock, shaman, paladins and many more, so he has decided that the only sane course of action is to declare war on all of them fearing that they will bring the burning legion back to Azeroth, ingenious.

Now yet again its down to the ‘lesser races’ to put a dragon in its place. 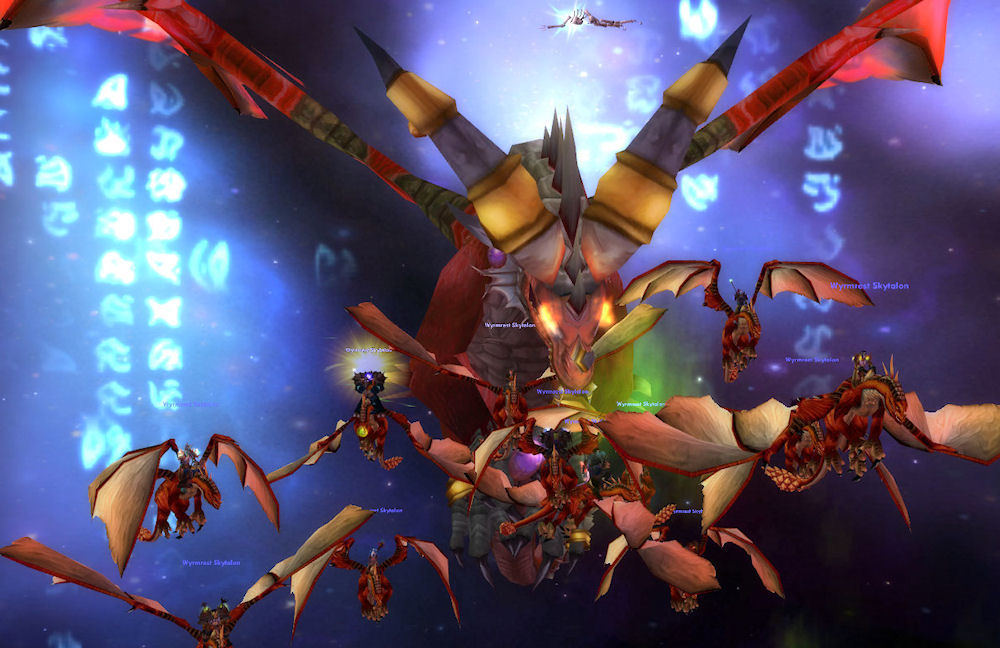 ​
Malygos is a leviathan with small wings. His body is covered with crystalline scales of pure azure. His body shines with shifting colors that change constantly from blue to silver. Theoretically, since he and his children specialize in magic it is likely that their powers far exceed those of the other dragon flights since magic is the element they rule.

Malygos the Spellweaver is the blue Dragon Aspect, and the master of the blue dragonflight. He is one of the most ancient creatures living on Azeroth, and one of only a handful who were alive at the time the Titans departed. Now that he has regained his sanity, he is once again taking an active role in the...
Naxxramas
Posted by Electronicus - November 30th,2008 at 11:07pm
Naxxramas, the floating fortress of the Scourge once it hovered menacingly over the Eastern Plague lands and for a while everything that drew breath was terrified of it. So much so that battle hardened and well equipped mercenaries from both the horde and the alliance stormed its walls and fought bloody battles through its halls, but then something the Lich King did not expect happened.

To the Lich Kings horror both the Horde and the Alliance redirected their attention towards Outland and all but forgot or ignored the floating fortress above the eastern borders of what had once been Lordaeron. So there the scourge’s most powerful and deadly agents remained with nothing but time on their hands, what they did to occupy themselves no one knows, or if their honest really cares.

Now though the Horde and Alliance have apparently ‘dealt’ with the dark lords of Outland and have begun their push into Northrend, in response to this Naxxramas has been redeployed and now floats about Dragonblight, once more it halls will be filled with the sound of battle. The insult of been overlooked and disregarded for so long will be avenged.


[ After clearing the instance several times we have completely failed to take a screenshot. One shall be added later! ]​
Naxxramas is an entry-level raid instance floating above the Dragonblight, and is available in both 10-man and 25-man versions. It has the shape of a necropolis and has the questionable honor to serve as the seat of one of the Lich King's most powerful officers, the dreaded lich Kel'Thuzad.

The original incarnation of the instance was regarded as the most difficult pre-Burning Crusade raid, and required 40 well-equipped players to complete. In the World of Warcraft: Wrath of the Lich King expansion, Naxxramas was moved to Northrend and retuned to be the introductory level 80 raid dungeon

The instance, while briefly entertaining, is nothing more than a simple joke...
Kil'Jaeden
Posted by Electronicus - October 21st,2008 at 11:33pm
The Burning Legion, a vast host of demons thousands if not millions strong, it was an unstoppable army of death and destruction. Its Burning Crusade against all of creation had consumed innumerable worlds and would devour countless more, nothing could prevent stop it… well almost nothing.

A single small blue and green world shone like a jewel in the cold darkness of the void, it had been created by the Pantheon the rulers of the most powerful race in the universe the Titans. Because of this it became a target for the Legions creator and commander Sargeras a fallen titan and once the great being had move on from the fledgling world the demons fell upon it like wolfs on sheep.

But then the unthinkable happened, the Legion was defeated not once but three times with each loss more devastating than the last. First they tried using the Highborne but this group was defeated by the dragons and night elf rebels and as a result were cast into the sea. After that the demons used the orcs a race which had been corrupted on a distant world, but they were not only defeated but their world of Draenor was destroyed.

Lastly they had used the unending host of undead they called the Scourge, but once again their war ended in defeat and Archimonde the commander of the legions armies was destroyed leaving it with only one leader left Kil'jaeden, who now sought another way to destroy the world that had stood in the path of the Burning Crusade.

Once again he decided to use the ever magic hungry elves to achieve his goal this time they called themselves the blood elves and he manipulated their leader Prince Kael'thas Sunstrider into opening a gate way via the Sunwell, this time however it was not for an army of lesser demons but the Deceiver himself. 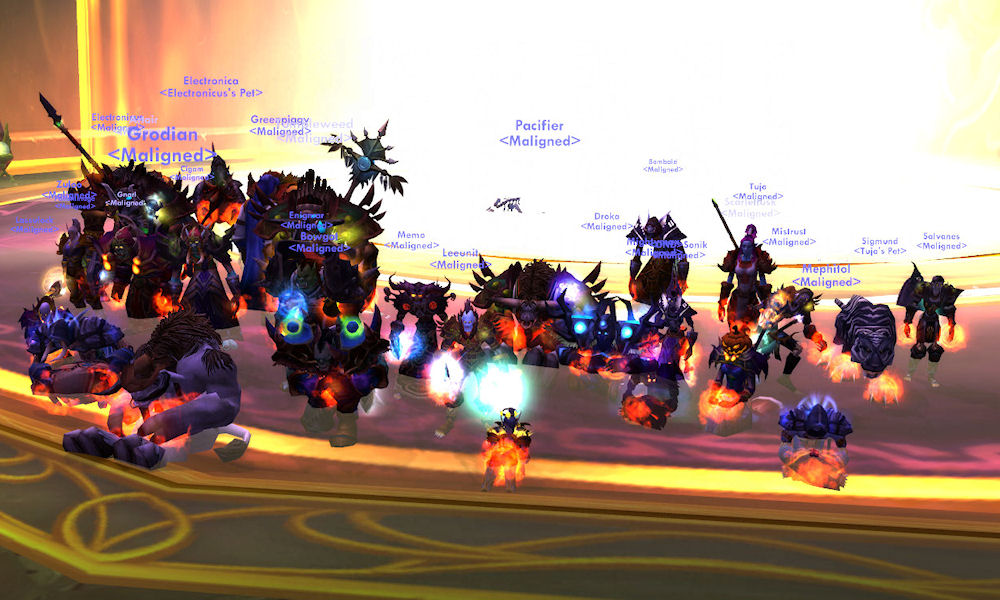 ​
So, the game is finished for Maligned once more - at least for another month. Although the content is now nerfed I think the satisfaction of the kill was still...
Page 23 of 25