Insanity, at last
Posted by Seulaslintan - January 12th,2010 at 11:42pm
Now that took a while. Having secured our first Anub'arak 25 Heroic kill on the 5th November we took more than 2 months to repeat the kill while also meeting the criteria for [achievement]A Tribute to Insanity (25 player)[/achievement]. After finishing the instance with 48, 49 and 49 tries left in the last 3 weeks we've finally managed to reduce the fail to an all time low, securing us the achievement. Better late than never, well done everyone.

​
Oh yeah, progress
Posted by Electronicus - November 19th,2009 at 1:04am
So it would seem we totally forgot that we had a front page to post updates on our progress to, either that or we have been busy doing whatever we can to prepare for Icecrown Citadel.

Having beaten the Northrend Beasts for the first time on the 9th September we made steady progress which I will attempt recollect now:

Ok, so one day later clearly these two encounters didn’t give us too much hassle. Generally, this is not too surprising for a guild clearing Ulduar for several weeks. Jaraxxus was not too much work once our positioning was resolved along with the timeless Maligned problem of not shooting a target that isn’t a boss.

I can only assume we got one of the easier compositions on the Faction Champions, as we do sometimes come up short, but clearly not for our time. A very long fight and certainly very hectic, unless you are a hunter then you can just tab target and shoot whatever you feel like, bonus points for shooting sheep and using snake traps.

After a bit of wasted time where we learnt that 25 people just can’t play dodge ball, we changed our strategy and found it worked a little better. Without giving away secrets, we found it our new method – although a little reliant on the order of the boss’ abilities – worked much better. The fight has been buffed since our first kill but it hasn’t stopped us taking them down every week.

A bit of a break in progress were we face what I guess must now be the hardest encounter in the game. With no feasible strategy guides posted we had to work it out for ourselves from scratch and this took a bit of time to perfect. There are of course areas that the fight can be improved to make it a little more stable, but we are close to getting consistent as can be seen by...

5th November: A Tribute to Skill

We reached Anub’arak with 50 attempts remaining, but obviously...
Algalon slain and other adventures
Posted by Electronicus - September 10th,2009 at 3:03am
Ok, so first things first. We have killed the 25 man version of Algalon thereby winning an intense race with Natures Wrath for the server-unique and presitigous Celestial Defender title awarded for the realm first kill. It wasn't our focus to get server-firsts when raiding started with the latest expansion (choosing to toy around with Naxx rather than race to Sartharion), but we took one back for the horde!

Having unlocked Algalon a month ago, we finally nailed the strategy on Sunday but ran out of time just as our really good attempts were starting to happen. So we made plans to visit Algalon as soon as we could on Wednesday and visit him we did.

Clearing Flame Leviathan and XT on easy for the first time since the first week and pre-nerf respectively it was amusing to see how quickly they fell (both guild records I am sure) but that was shortlived and we soon arrived at the funky door.

I can't recall how long we had remaining but after seven or eight attempts, people stopped dying to the kind of shit that would normally result in a wipe and we hit phase three for the first time that evening. Shortly afterwards we became confused as we still seemed to be alive but were unable to hit Algalon. "That is it right?" and it was. 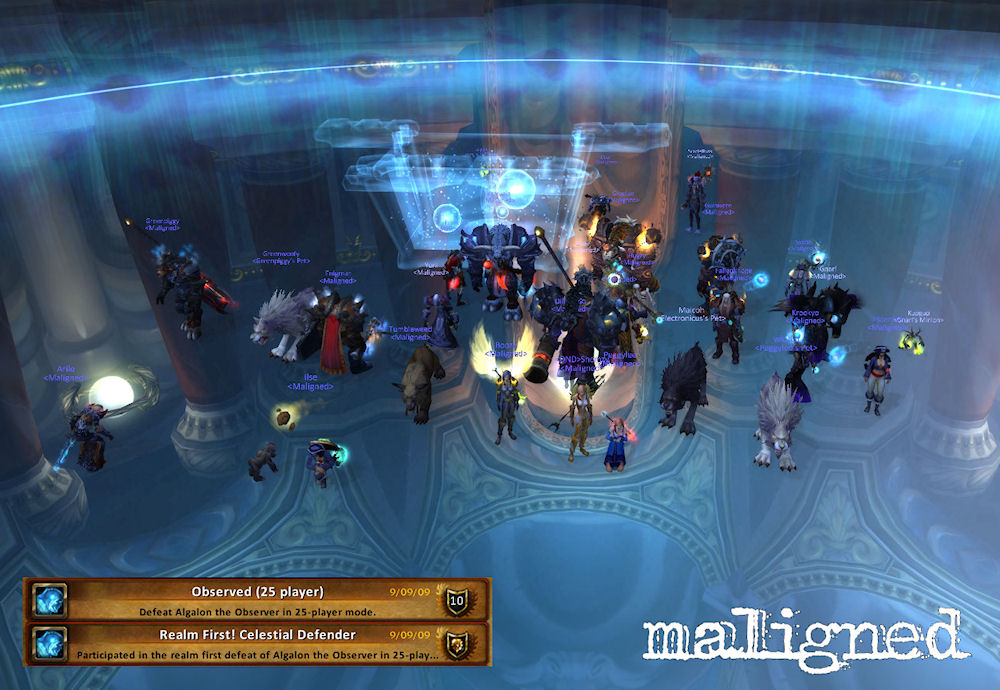 ​
This was our first achievement (well for the majority of us that aren't filthy rerollers) that has been announced across the entire server and we all appreciate the many whispers of congratulations we recieved, who knows if we will repeat this weekly (why not?) but the cutscene which played below (which is also the same as the 10 man version we have also attained) will certainly be more common. We will continue to run Ulduar (as I am sure as we progress in the colleseum we will have more 'free time') to ensure that all our raiders get the time-limited drake. 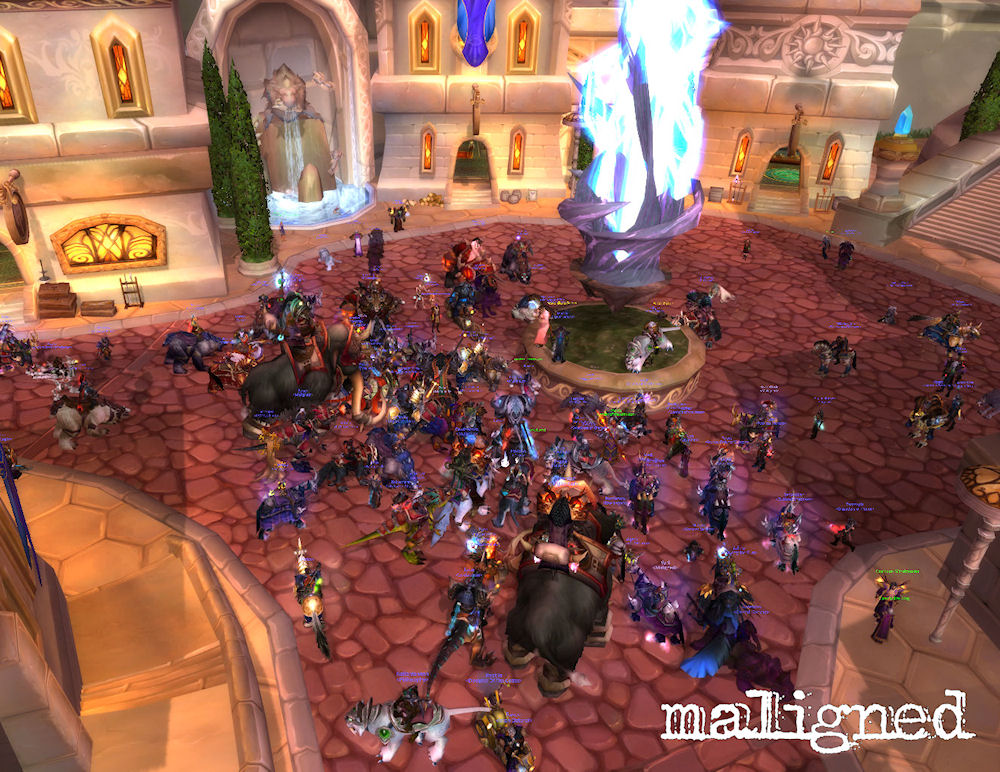