Black Temple
Posted by Enigmar - February 5th,2008 at 12:00am
Maligned has now cleared the Black Temple and here is a summary of the bosses we have defeated in our time there. 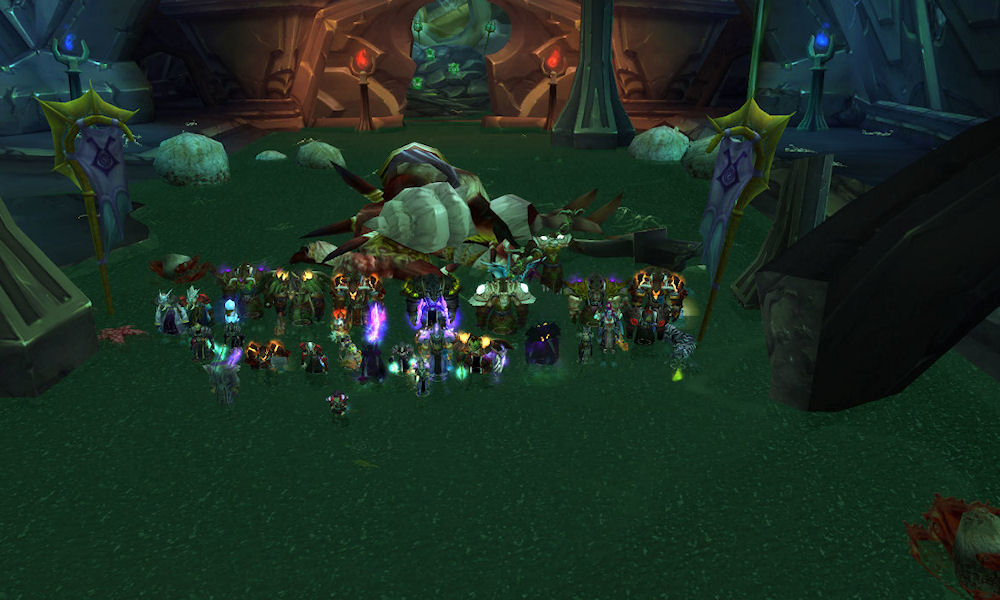 ​
His blades moved so fast that not even he could see them; Leeunit smiled as his saw his weapons pierce the mutant naga’s scaly flesh. To his left and right he saw other rogues such as Lethian and Diora score similar hits on their foe. Looming above them all was the form of Rokash hacking away with his Axe of the Gronn Lords removing great chucks of skin and muscle, nothing could stop them Leeunit thought.

Suddenly there was a shield in between them all and High Warlord Naj’entus and healers were suddenly casting their spells franticly. Then the shield vanished as abruptly as it had appeared and they were all hit by the back lash of magical energy. AS the pain passed however Leeunit spotted that a number of the wounds he had inflicted had healed, which annoyed him slightly.

He resumed his attack with even more vigour but just as he was getting into his grove, something large hit him, pinning his body to the ground, the words ‘Stick Around’ echoed through the chamber and there was a hint of mockery in the naga’s voice…

“Trialist Down” Leeunit heard someone else yelled, most likely it was Rurik.

​
Man this fight was a simple one Pacifier thought as he slammed yet another totem into the ground. At times Supremus would focus solely on Enigmar with occasional blows at Rurik or Ithaqua, during these phases the rest of the raid would go hell for leather hurling spells or hacking into him with their weapons.

Then the huge Abyssal would change tactics and start to chase one of the raid members around the vast courtyard. At this point everything went up into the air as healers attempted to keep the others alive while they attempted to continue their...
Page 33 of 33